The Mannar district that had borne the brunt of the three-decade-long terrorism is now a hive of livelihood and economic activities, four and a half years on after the elimination of terrorism from the face of the country. Many of the projects that the Government implemented focussed mainly on the livelihood and socio-economic welfare of the agricultural and fisher families. These projects have had salutary results while more similar projects are either under implementation or in the pipeline, Mannar GA M.Y.S. Deshapriya told the Sunday Observer. 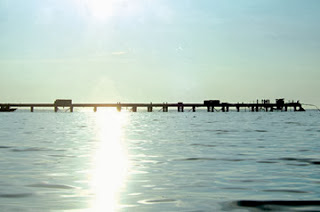 Sixty percent of the population of the district comprise of agricultural families, twenty-five percent are fisher families and the remaining fifteen percent are engaged in other professions, he said. A majority of the population of the district were displaced and virtually every family suffered loss of life, life threatening injuries and property. But under the Government's far-reaching development programs , all infrastructure and livelihood facilities have been restored. Economic indicators and crop yield potentials are very positive and encouraging, the GA said.

About 23,617 families comprising 90,243 members, representing almost all the displaced families, have been resettled in the five DS divisions of the district and all of them have returned to their professional traditions and their customary way of life, the GA said. At the initial stages of their resettlement, they were provided with all relief and rehabilitation assistance of the Government and other agencies, mainly the UNHCR. All road networks have been rehabilitated or reconstructed with uninterrupted road transport operating to all parts of the country and train services are also operating up to Madhu, Government Secretariat sources said. In the district which was was highly mine infested, demining has been competed in a 203.52 sq.km area while demining is yet to be completed in a 21.36 sq.km area. 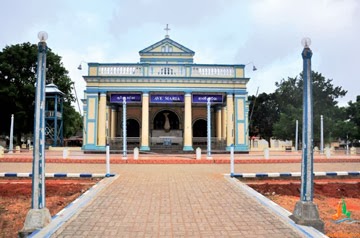 Water and sanitation projects have already been completed in Mannar Town, Nanattan and Musali DS Divisions at an expenditure of Rs.8.82 Mn. 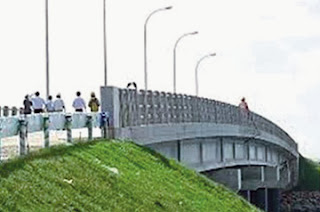 The construction of over 20 health facility buildings in the district funded under the PSDG and UNICEF have already been completed. An amount of Rs.981 Mn, released to the CEB by different agencies, was spent for the supply of electricity to different areas of the district. Rs.122.85 Mn was allocated for development of 4886.7 Ha of farm lands in the district. A total amount of Rs. 1,049.01 Mn on public buildings, facilities, roads, water supply, irrigation and other related matters has also been allocated.

In the education sector, all schools that remained non-functional for several years are now functional and five new schools have been established at Marichchakattu, Pichchaivanipakulam, Thampaddamuthali, Vellimalai,_Pandaraveli and Anaikadu_Veppankulam.

An amount of Rs.18 Mn funded by the line ministry and the Ministry of Economic Development has been spent on the completion of 36 projects under the 5000 primary schools development program under Mahinda Chinatana -2013. 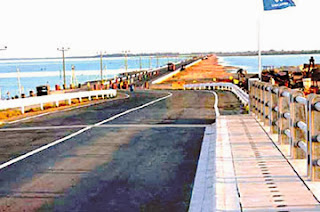 Taking into account the growing demand for trained competent support staff who can provide professional accounts, arrangements have been made to provide AAT Sri Lanka courses to the O/L, A/L and other eligible students in the Mannar District. The Mannar District Chamber of Commerce Industrial and Agriculture (MDCCIA) has continued to conduct technical skill development program such as business idea generation to develop young entrepreneurs. And also it provided training on Palmyra handicraft training with the objective of providing employment.

Ten works under the CARE project (UC roads) at an expenditure of Rs.146 Mn have been completed. More roads are still to be improved by the Road Development Authority (RDA) and the Pradeshiya Sabhas in the district. The rehabilitation of the Navatkuli - Kerativu - Mannar (A 032) under the North project is nearing completion. Similarly the Puttlam - Maruchchukaddi - Mannar Road ( B 403) and the Mankulam - Vellankulam Road are also nearing completion.

The funding are from the Northern PC and the Pro-poor Economic Advancement and Community Enhancement Project (PEACE).

A total of Rs.1,152.38 Mn was allocated by the Ministry of Economic Development for minor irrigation, medium irrigation, land development, water supply and sanitation, roads and strengthening of the district administration. One project has already been completed at an expenditure of Rs.566.00 Mn and the other projects are nearing completion.