Former Supreme Court Judge C.V.Vigneswaran has nominated as the Chief Ministerial candidate for the Northern Provincial Council elections by the Tamil National Alliance (TNA). Official announcement on CM candidate would be make this evening.

TNA leader R. Sampanthan said that the decision to nominate Vigneswaran was taken at a decisive meeting held by the TNA today.

There was a rift in the TNA over the nomination with the northern members of the Illangai Thamil Arasu Katchi (ITAK) threatening to contest the Northern Provincial council polls independently if Vigneswaran is nominated as the Chief Ministerial candidate by the TNA for the polls.


ITAK is a coalition member of the TNA and they want TNA General Secretary Mavai Senathirajah to be nominated for the post while TNA leader R. Sampanthan was backing Vigneswaran.

According to reports, part decided to appoint Vickneswaran due to fear of Sinhala racist. It was believe while appointing Mawai as CM candidate Sinhalese will impose more pressure on the party in the upcoming election.

While most TNA members feel Mavai Senathirajah is the best candidate since he has been in the North most of his life, others feel Vigneswaran may be best with his legal background.

Leader of the Tamil National Alliance R.Sambanthan confirmed the name of retired judge Vickneswaran as CM candidate of Northern Provincial council short while ago. 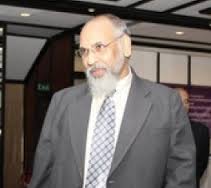