War victims marched up to the court and raise slogans on demanding to release their children and husbands currently in the detention of Lankan government.

However case postponed till August 26. 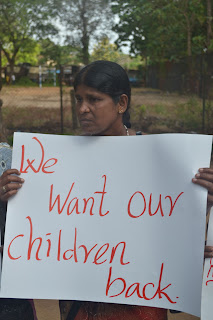