Home » News » Other News » Income generated through exports decline by 6.8%

Income generated through exports decline by 6.8%

Income generated through exports during the month of April has declined by 6.8% in comparison to April 2012. 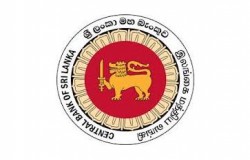 According to the latest statistics from the Central Bank of Sri Lanka then decrease was driven largely by weak global demand for agricultural goods.

According to the Central Bank, income generated through agricultural goods such as tea and rubber have dropped by 0.9%.

Income through industrial exports during the month of April has dipped by 7.5% in comparison to April 2012. The Central Bank notes that this a decline of around 42 million US dollars.

The textile and garments sector recorded all negative growth of 15% while the income generated through rubber products recorded decline of 5.3%.

The food and beverages sector suffered a loss of 27.8% while export income decreased during the month of April expenditure on imports rose by 5.7%.

As a result the trade balance for April 2013 increased by 19.2% to 825.4 million US dollars.
The Central Bank of Sri Lanka also revealed on Monday that the government would be obtaining a loan of 254 million us dollars through the the issuing of Sri Lanka development bonds.