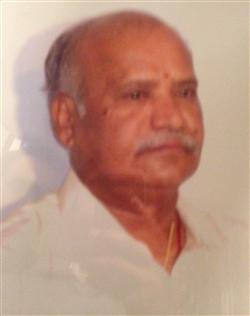 AN employee of shop owner Vairamuthu Thiyagarajah (pictured) who died following an assault two weeks ago has been charged with his murder.
Thilak Mohan-Raj, 25, who lived with Mr Thiyagarajah in his flat above the MK Food and Wine shop in Elstow Road, Bedford, had previously been charged with GBH with intent in connection with the incident but after the victim’s death the CPS decided to change the charge to murder.
Mr Mohan-Raj will appear at Luton Crown Court on Wednesday to face the new charge.