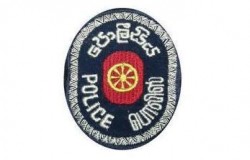 Investigations have been launched to look into the deaths of two students of of the Moratuwa and Kelaniya universities.


Police Media Spokesperson SP Buddika Pathirana noted that a twenty-four-year-old female student attached to the Motratuwa University who was admitted to the Peradeniya Hospital after overdosing on prescription drugs, died soon afterward.

According to the police the student died after an individual who identified himself as the victim's boyfriend, fed her a packet of milk. The victim's boyfriend who is a fourth year medical students attached to the Kelaniya University had thereafter committed suicide by injecting a vaccine.

The deceased are aged twenty four and twenty five years of age. The police noted that the parents of the female student had filed a complaint with the police as they had doubts about her death.