A group of 157 asylum-seekers held for weeks on the high seas on an Australian customs vessel will seek compensation for their treatment, their lawyers said Monday.

The group, thought to be mostly ethnic Tamils from Sri Lanka and including 50 children, left the Indian port of Pondicherry last month -- but their boat was intercepted by Australian authorities. 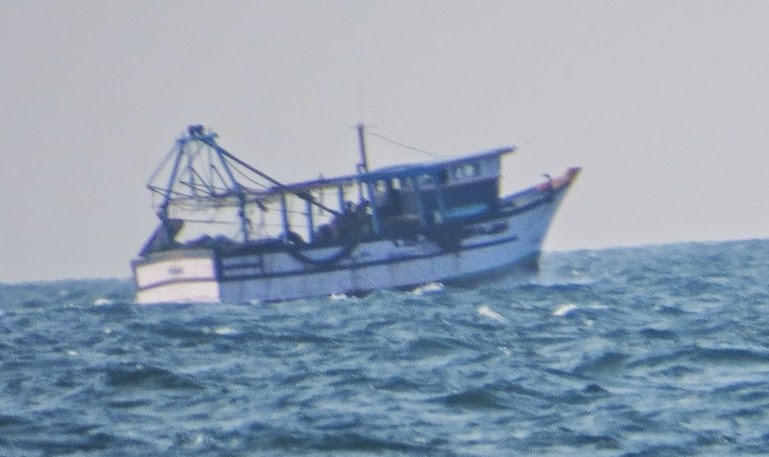 They were held in limbo on the customs ship until they were brought to Australia on the weekend to allow Indian consular officials to assess them with a view to taking them back to India.

Lawyers representing 85 of those on board have challenged their treatment in the High Court, and on Monday altered their claim to one of false imprisonment, with an application for compensation.

“The court agreed to the plaintiff's request to change the statement of claim to include a claim for compensation,” spokesman for the asylum-seekers' legal team Hugh de Kretser told AFP.

The High Court was now considering whether it was legal for Australia to detain the group for nearly a month and, if it was not, whether there was an entitlement to compensation, he said.

De Kretser said there was no figure for compensation, saying: “It's far too early for that.” Earlier Immigration Minister Scott Morrison said the group had likely been living in India for some time and were essentially economic migrants.

“The indications are... that there are a very large number of people on this ship that had been resident in India for a very long time,” he told the Australian Broadcasting Corporation.

He said the boat had come from the “safe” nation of India, and had not stopped anywhere else on the way.

“They have come from India and as a result where they are safe in India, a passage to Australia here is nothing more than an economic migration seeking to illegally enter Australia.”

The group, now being held at the Curtin Detention Centre in Western Australia, is the first batch of asylum-seekers to reach the Australian mainland since December.

Morrison said Indian consular officials would travel to Curtin to determine their identity and residency, after New Delhi agreed to take back its citizens and consider taking Sri Lankans who were residents.

Those that refuse to return face being sent to camps in Nauru and Papua New Guinea in the Pacific for processing and resettlement under Australia's hardline immigration policies.

Morrison rejected the idea that they were fleeing persecution.

“I'd be surprised if anyone was seriously suggesting that people were being persecuted in India by the Indian government,” he said.

“If we can't take people back to India, what is next? New Zealand? “So the suggestion that people have left a safe country are somehow fleeing persecution in India I think is absurd.” Morrison said India had asked for nothing in return for its cooperation on asylum-seekers.

He also said Indian officials had been prepared to carry out the assessments at sea, but Australia had decided against this as it could take too long. (AFP)