Channel 4 Director of controvertial documentary ‘No Fire Zonec, Callum Macrae and his team were granted visa to enter Sri Lanka in order to cover the Commonwealth Heads of Government Meeting (CHOGM) in Sri Lanka, the Secretary of the Media Ministry stated.

The controversial director was earlier denied a visa for India while Media Ministry Secretary Charitha Herath told  that he and his team will be allowed to cover the upcoming CHOGM later this month.

Macrae, whose team was nominated for the Nobel Peace Prize last year, made news again last Thursday when UK’s Channel 4 telecast footage acquired from him showing LTTE TV anchor-actor Isai Priya’s capture during the last phase of the Lankan war. Priya was found dead on May 18, 2009, with visible marks of torture. The video was telecast worldwide and caused an uproar that cast a shadow on the Colombo Commonwealth summit mid-November. 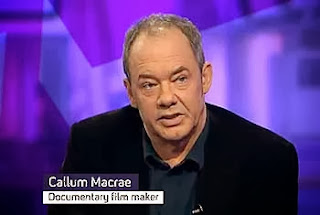