Foreign Election observers arrived in Sri Lanka to monitor the upcoming provincial council elections toured the North yesterday, the Elections Department said. A group of 13 members of the Election Monitors Organizations of the South Asia arrived on Friday and met with the Election Commissioner Mahinda Deshapriya on Saturday.

They also met with the representatives of Political parties and local election monitors yesterday. The group will meet with the Inspector General of Police today before leaving to the North. The elections for the Northern, Northwestern and Central Provincial Council elections are scheduled to be held on September 21.

Meanwhile the Executive Director of local election monitoring group People's Action for Fair and Free Elections (PAFFREL), Rohana Hettiarachchi said a team of over 4,800 local observers will be deployed by the organization to monitor the polls in the three provinces. The election monitor along with the Centre for Monitoring Election Violence (CMEV) is the only two organizations accredited by the Elections Department to have observers in the polling stations on Election Day. 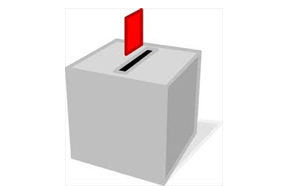