The government has safeguarded the right to education of all students in the North and East students, Education Minister Bandula Gunawardena said.

Minister Gunawardena said the government has taken many measures to upgrade education in the North and East, which was badly affected by LTTE terrorism for over three decades.

Accordingly, the Education Ministry has reopened 321 schools, which were closed due to terrorism. Besides, the Ministry has allocated funds for 342 Lama Mithuru Schools and established 90 Mahindodaya laboratories. Moreover, technology is taught in 19 schools in the area.

"The Northern railway line is not merely a railway track but also acts as a bridge between the people of the North and South. Many people belonging to all ethnicities used the Yal Devi until the railway track was destroyed by the LTTE, "the Minister added. 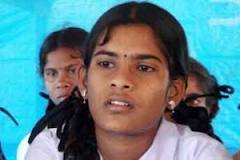