Duminda shot himself, after shooting Bharatha - Constable at Court

Constable Damith Suranga read out from a statement he gave to the police during the initial inquiries into the shooting incident in Mulleriyawa on 8 October 2011. He made those observations when the case was taken up for hearing before Additional Magistrate, yesterday. The statement was recorded by the police at the preliminary stage and was read out at the open Court yesterday.

In the statement, Constable Suranga stated he was assigned to election duties in Mulleriyawa on 8 October 2011. He added, he saw a group of some eight well-built, armed men, including MP Duminda Silva, arriving in luxury vehicles and starting a brawl with some others, who were present there.

He also said, a short while after the shooting incident, he heard some women in the vicinity of Rahula College in Mulleriyawa saying they had heard that Duminda Silva shot himself after shooting Bharatha Lakshman Premachandra.
The case will be called again on 2 August. 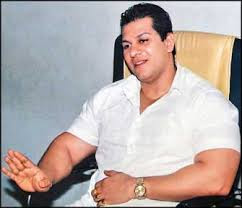