Dengue rises its head in the first four months 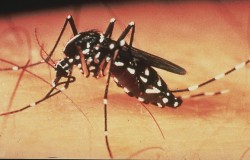