The fact that British Airways, the UK's National carrier and third largest airline in Europe, has taken the decision to resume flights to Sri Lanka is an excellent index of their substantial confidence in Sri Lanka and its future growth potential, Sri Lankan High Commissioner to the UK, Dr Chris Nonis said.

British Airways suspended its flights to Sri Lanka in the late 1990's due to security reasons and resumes flights to Sri Lanka after a fifteen year absence.
The UK was the second largest source of tourists to Sri Lanka in 2012 at over 114, 000, from a total of over 1 million, Dr Nonis said.
Keith Williams, Chief Executive Officer of British Airways, took the inaugural flight on April 14, and spoke at the Sri Lankan High Commission about his confidence in Sri Lanka. British Airways is the flag carrier airline of the United Kingdom and the largest airline in the UK based on fleet size, international flights and international destinations. Following its merger with Iberia, the International Airlines Group, IAG, created the world's third-largest airline in terms of annual revenue and the second largest airline group in Europe, serving over 150 destinations.
Keith Williams said "This is an extremely exciting new route for us. Sri Lanka is experiencing a boom in tourism, and the industry is expected to grow further. The addition of BA would give British tourists additional flexibility, and create value for both the aviation and tourism sectors. The UK has the second largest number of tourists visiting the island after India, so it's a great opportunity for them to fly there with British Airways. " 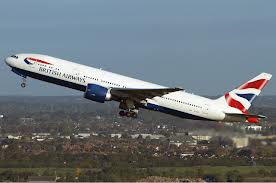