Australia put on a clinical performance to beat Pakistan by six wickets in the one-off  Twenty20 international in Dubai. 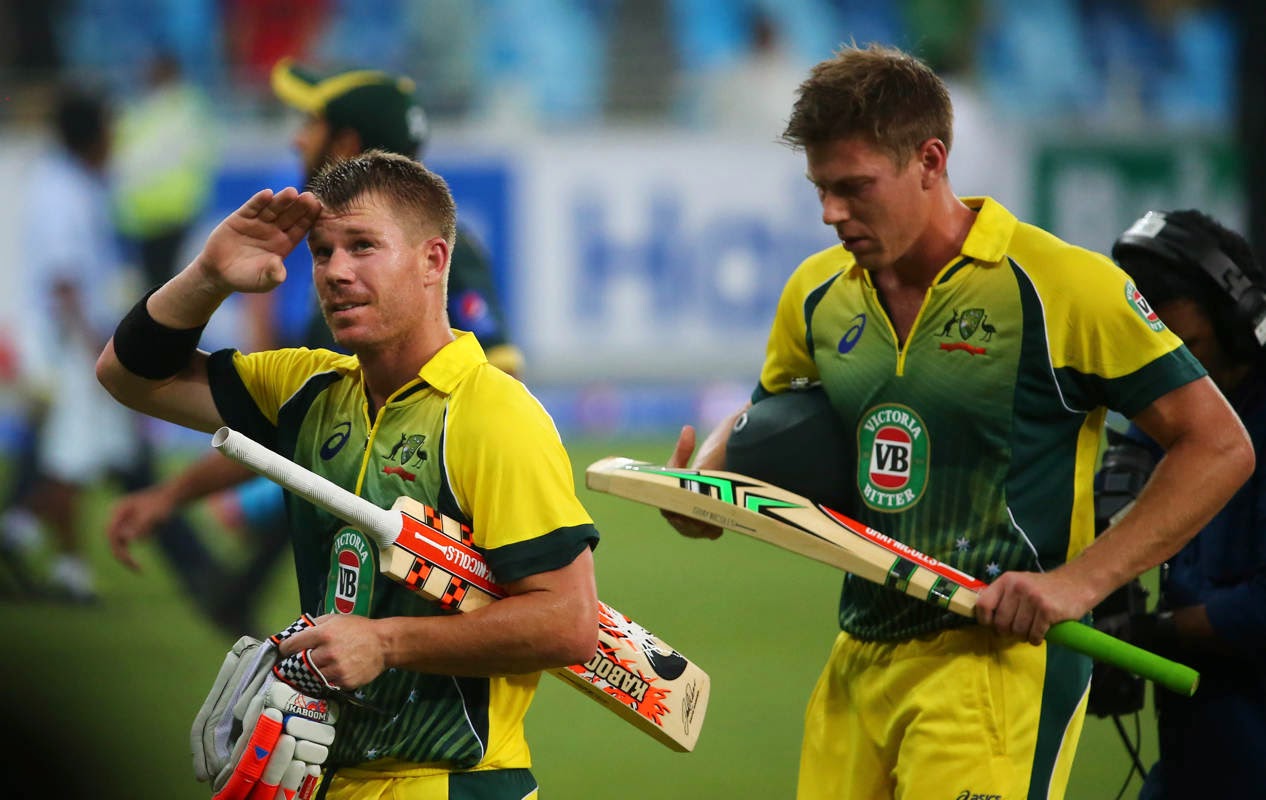 Australia knocked off the target for the loss of four wickets in 14 overs with opener David Warner hitting a robust 39-ball 53 not out with four fours and three sixes.

Warner reverse-swept Sohaib Maqsood for a big six to complete the only half-century of the match in a low-scoring game.

Pakistan did make some inroads while defending their low total, with left-arm spinner Raza Hasan (2-17) dismissing skipper Aaron Finch (five) and Steve Smith (three) in an incisive four-over spell but that was not enough.

Maxwell hit three boundaries in his 17 before he fell to Shahid Afridi but Warner and James Faulkner (seven not out) saw Australia home.

Finch, captaining the Twenty20 side for the first time, was delighted at the win.

“It’s really nice, the way we started with the ball set the tone for the game,” Finch said.

“We got lucky with a couple but it’s really nice to win like that.”

“I am not worried over the loss because it was a one-off match and we had a very inexperienced batting side which didn’t come good,” said Waqar.

Pakistan were missing key spinners Saeed Ajmal (suspended for an illegal bowling action) and Mohammad Hafeez (injury) but they failed yet again in their batting.

Only debutant Saad Nasim (25), tail-enders Wahab Riaz (16) and Raza Hasan (13 not out) came good in an innings which only had four boundaries and no sixes.

Pakistan won the toss and decided to bat on a spin-friendly pitch.

Leg-spinner Boyce, one of four debutants for Australia, chipped in with the wickets of Ahmed Shahzad (ten) and Anwar Ali (five).

It was left to Nasim to take Pakistan past their lowest Twenty20 total of 74 against Australia at the same venue last year with an enterprising knock.

The two teams now play three one-day internationals with the first match in Sharjah on Tuesday.

The other two matches are in Dubai (October 10) and Abu Dhabi (October 12).

The one-day series will be followed by two Tests.