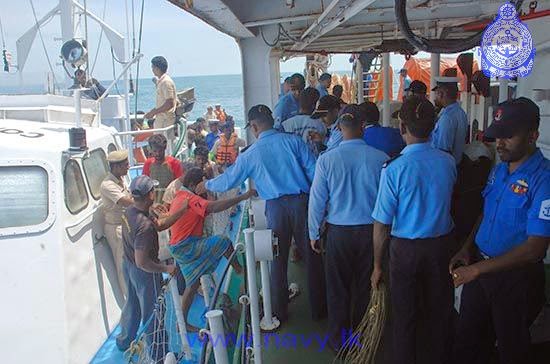 Naval patrol craft attached to Northern and North Central Naval Commands were deployed for the humanitarian mission. Sri Lanka Coast Guard also rendered assistance. The release was made on the instructions of His Excellency the President as a gesture of goodwill on the occasion of India's Independent Day celebrations.