Home » Other News » We will amend 13th amendment: R. Sambanthan

Among 36 places TNA achieved victory in 28 places, UPFA in 7 places and SriLanka Muslim congress at 1 place.

Speaking to journalist on election victory of TNA, leader went on to say,

I would like to thank people casted votes to Tamil National Alliance. This election clearly proves that Tamils are willing to live in united SriLanka. Its ‘s necessary to accept request made by Tamils in North and East areas and need to grant political solution for problems face by them.

We are confident on implementing 13th amendment. As soon as possible CM Wigneswarn and ministers will assume duty. We will urge continues support from India. 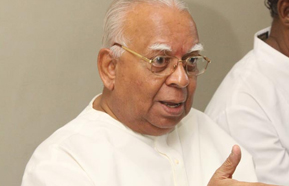