Those voters who could not vote on these days could do so from 0830 to 1200 hours on 18th September, 2013 at the District Election Offices and at the Elections Secretariat by voters in Colombo. Returning Officers will deploy official observers to observe the voting process.

Contesting Political Parties and independent groups and approved observer organizations could also send their observers to these voting centers. No further extension will be granted. The postal voters should carry with them their National Identity Card or an identity document approved by the Department of Elections. 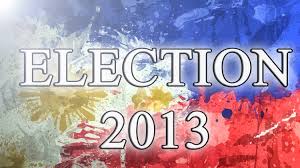