Home » Other News » Central Bank on inflation and price increases

The Central bank of Sri Lanka notes that inflation, increased to 6.3 percent in August 2013, compared to 6.1 percent in the previous month, on a year on year basis.

The Central bank however, also notes that as measured by the Colombo Consumer Price Index, inflation month to month, decreased from 8.3 percent in July to 8 percent in August.

The CBSL notes that the month to month decrease in the Index, came mainly from price decreases in the Food and Non-Alcoholic Beverages sub-category.

However, the CBSL. also notes that an increase in the prices of some varieties of fruits, big onions, limes potatoes, infant formula and sugar was reported.

Within the non-food category, increases were reported in the sub-categories of education, clothing and footwear, and miscellaneous goods and services. 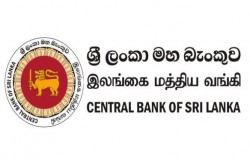