Two suspects have been arrested in Variyapola for transporting a stock of Kohomba timber without a licence. Police seized the lorry that was used in the transportation of the timber.

The raid was carried out based on a tip off received by the Wariyapola Police Station.

The arrested are due to be produced before the Magistrate. 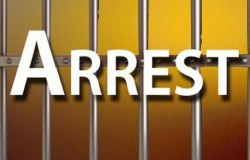