The highest number of complaints have been received from the Kurunegala and Matale Districts. The Elections Secretariat further stated that complaints have also been lodged regarding various items being distributed among the public by councillors.

A senior official of the Elections Secretariat stated that the members of dispersed provincial councils were asked to return the vehicles given to them, which has not taken place so far. 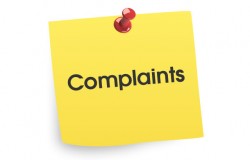