According the Times of Israel “after his first foreign trip to Brazil, Pope Francis says he is considering an invitation to visit Sri Lanka next year.


If Pope Francis pays a visit to Sri Lanka next year, he would be the third Pope to Sri Lanka since 1977 as Pope John Paul II visited and Pope Paul VI have visited Sri Lanka in 1995and in 1977 respectively. Even during the 1995 visit there were security concerns for Pope John Paul II as the Buddist monks had expressed indignation and as a kind of agnosticism.

Therefore the Pope had to travel in a bullet proof vehicle in around Colombo where he attended a state reception accorded by President Chandrika Kumaratunga and the beatification of Joseph Vaz at the Galle Face Green. 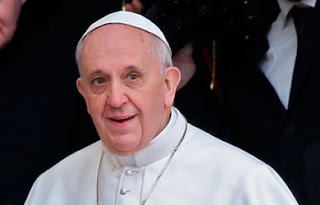