Home » Other News » Man dies in the UK from new coronavirus

Man dies in the UK from new coronavirus

A man infected with the novel Middle East respiratory syndrome coronavirus (MERS) has died in a UK hospital.


The patient, who was 49, was being treated for kidney failure and acute respiratory syndrome. He was flown to St Thomas' Hospital in London from Qatar in September last year.

There have now been 41 deaths from the virus, which emerged last year and is similar to those that cause Sars and the common cold. A hospital statement said: "Guy's and St Thomas' can confirm that the patient with severe respiratory illness due to novel coronavirus (MERS-nCV) sadly died on Friday 28 June, after his condition deteriorated despite every effort and full supportive treatment.

" Around the world, 77 people are known to have been infected with the virus. It causes fever, a cough and breathing difficulties. Most patients have developed pneumonia. Cases have been confirmed in Jordan, Qatar, Saudi Arabia, the United Arab Emirates, France, Germany, Italy, Tunisia and the UK.

In a statement in May the World Health Organization (WHO) said: "The greatest global concern is about the potential for this new virus to spread."

"This is partly because the virus has already caused severe disease in multiple countries, although in small numbers, and has persisted in the [Middle East] region since 2012. "Of most concern, however, is the fact that the different clusters seen in multiple countries increasingly support the hypothesis that when there is close contact this novel coronavirus can transmit from person to person." 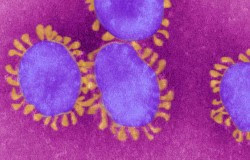