Home » Other News » Three foreigners under arrested near ATM machine

Three foreigners who were arrested when they were allegedly attempting to scam money from ATM machines using false cards have been handed over to the Criminal Investigations Department for further investigations.


The foreigners were arrested on Sunday when they allegedly attempted to obtain money from an ATM machine in Katukurunda. The police also took into custody 30, 500 euro , 17,100 Swiss franc as well as a laptop.

According to the Police Media Spokesperson's Office, a machine used to activate ATM cards was also discovered. Search operations carried out on the hotel room in which a foreigner was residing has revealed around Rs.300,000 rupees in cash. 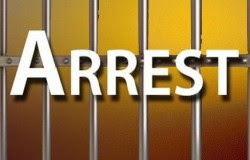