Today is World No Tobacco Day 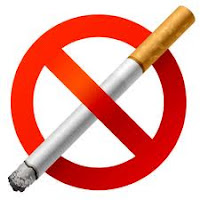 Friday marks World No Tobacco Day.
According to data released from the Ministry of Health, 600 persons are diagnosed with heart disease each day. Heart disease claims the lives of 20 each day.


Furthermore, the Health Ministry says that a majority of the deaths from oral cancer or lung cancer is due to smoking. It has also been revealed that 20 percent of patients in hospitals in Sri Lanka are receiving in-house treatment are due to the consumption of tobacco.
The Ministry further notes that 21 percent of the male population and 0.8 percent of the female population in Sri Lanka are addicted to smoking. Globally, the tobacco epidemic kills nearly 6 billion people each year. One in ten adults worldwide, of which more than 600,000 are non-smokers, are dying due to passive smoking.